OK, an update on this:

I’m going through and recreating mreid’s settings in my HQP (on the CX), and then playing a DSD128 file in Roon through the HQP CX > NAA EX chain.
Changing DSD Sources > Integrator = IIR to FIR still crashed, neither did changing the Output mode settings. (still crashed with Auto, PCM, or SDM)

I did turn of Auto rate family, not sure if that interacts with the below

This enabled me to play back a DSD 128 file uninterrupted for about 5 minutes. Then it cut out, and the Roon app on my laptop lost connection with the server. The CX seems to be running pretty warm (in my 17 degrees c room) but of course I can’t confirm the CPU load until Antipodes give us the CPU monitor functionality again.

After waiting for the Roon UI to come back, I tried to play a DSD 256 file, but it won’t play, and I within seconds lost the Roon UI again.

Hi cbru. In the top right hand corner, can you enable the log file and then click apply.
Leave DirectSDM enabled, and turn off Auto Rate Family. Leave the other settings as is, and then try to play some DSD files. Post the log file after it has crashed.

Not sure I understand the full configuration but I’ll try a shot in the dark here:
When the CX has run out of gas when experimenting with Roon transcoding, I enable
Parallelize Delta-Sigma Modulator [Enables multiple CPU Cores] in the Sample Rate Conversion menu and I can then transcode to DSD512 [the maximum rate my DAC can accept] without the CX getting hung up. 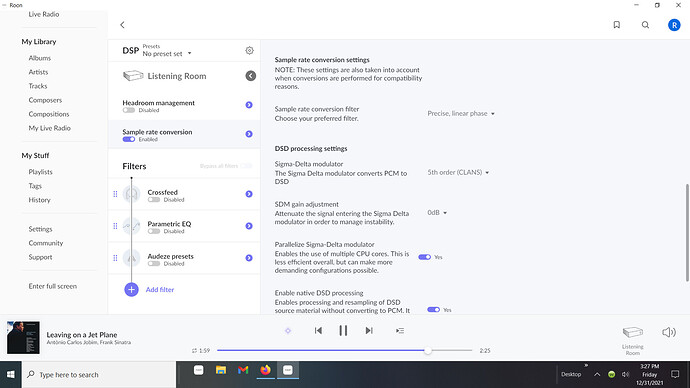 Suggesting a different filter is a good idea. Amongst the HQPlayer filters, CPU utilization will vary.

Which is why we need a CPU Monitor link from the dashboard.
Is was deleted in the last update.

Vote to include the Resource Monitor in AMS Dashboard poll

Hey @Rich . Just to clarify, in this thread we’re talking about upsampling in another application called HQPlayer. It’s quite different, and is said to sound a lot better, than the upsampling included in Roon.

It has extensive functionality but unfortunately that comes with the very complicated UI shown in mreid’s post. Getting everything working can be a bit of a palaver.

Indeed. Even the HQplayer developers will tell you that it’s best to play around with the settings until you find what you like. Here’s one of the developers explaining the filters: 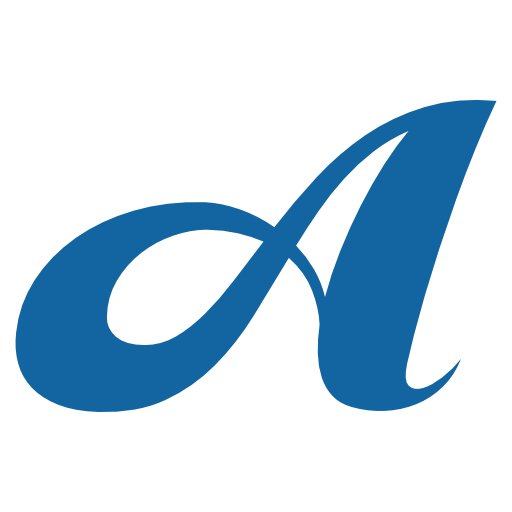 now I use the trial versions of hqplayer, there is another 20 days for me to try this trial versions. I notice there are different oversampling filter and noise-shaping selection. so it is a little bit diffcult for the normal person such as me to...

Here’s one of the developers explaining the filters:

Thanks for that link. Much of it is still like Greek to me though.

Me too. After reading quite a lot on HQPlayer, it seems a lot of users use it on a high-powered PC\laptop which allows them to experiment with all the most demanding filters, etc. I’ve still not come to any conclusions on whether I will use HQPlayer long-term. I am more inclined to upgrade my DAC first, and maybe my CX\EX combo…

Me too. After reading quite a lot on HQPlayer, it seems a lot of users use it on a high-powered PC\laptop which allows them to experiment with all the most demanding filters, etc.

I saw very little talk about the impact on the music with these filters. The discussions around PCM upscaling appeal to me more - particular with PGGB - as the focus isn’t just about the numbers. I love what PGGB does for my music. When streaming, HQPlayer’s sinc filters bring the same kind of gains as PGGB, but at a much smaller magnitude.

I have DSD256 upscaling playing without glitches but wanted to hear what DSD512 gives me. I’m not gonna sweat it though.

So, if I understand this correctly PGGB allows you to remaster your music library before feeding them directly to your DAC? Therefore something like HQPlayer is not needed?

PGGB is offline upscaling. The files are huge though so HQPlayer can still have a role. It really depends on your DAC and whether these filters are preferable.

With my Gustard X26pro, the best sound is with the DAC set to NOS mode and the files upscaled with PGGB and Squeeze used to play them.

I am still trying to figure out what I prefer with music that I haven’t upscaled with PGGB. Roon’s sound quality has improved recently. All morning I have been using Roon with HQPlayer integration and my DAC in NOS mode. The other alternative I have is to use Roon with Squeeze and with my DAC not in NOS mode so it applies its own filter.

Presumably the main benefit that offline upsampling has is that it removes the heavy on-the-fly processing requirements from the music server. This can also have benefits in terms of reduced electrical activity on the music system as a whole. The PGGB website states that Denafrips DACs have benefitted from its use, but even though my DAC supports 1536 kHz PCM and 1024 DSD, I wouldn’t be able to utilise these sample rates because the USB 2.0 output on my EX doesn’t support them.

I have a different experience… I have experimented with PGGB, and upsampled a couple discs, with distinct goals in mind. I would say the primary use case for upsampling, for me, is to make early digital CDs, many of which capture great performances, more listenable. My system is based on some Pro gear, so it tends toward unforgiving for recordings which have any harshness.

Short version: I could hear a bit of difference, but not out-and-out improvement, with PGGB processed tracks.

On the other hand, when I upsample with HQP (and of course I have exposure to a lot more albums because it can be realtime) I hear much larger differences. I would say they are generally for the better, but particularly in the use case of slightly remastering (if that’s the term lol) early digital recordings to remove digital harshness.

A very relevant variable, perhaps, is that I’m using DACs which have their own sophisticated upsampling approach, which cannot be turned off (AFAIK). I can imagine very different results with an R2R like a May, or something like the Chord DAVE which (I believe) turns off its internal upsampling regimen when it receives an input signal of a certain resolution (presumably for compatibility with the M-Scaler).

I’ve read some from you here and you seem to be the guy who knows your way around the K50?
Perhaps I could be the noob and ask some questions as I am trying to help a friend around with his. Myself I run Roon ROCK core on one pc and HQPe on a second and feeding out using ALSA backend through an USB cable to the DAC. With me the system works like a charm and the net result upsampling any source format to DSD256 over DoP, using poly-sinc-gauss-xla filter and ASMD7ECv2 to my RME DAC is the best I have ever heard. My friend agrees but wanted one device doing all, hence the K50. I tried to get things going, but cannot find out what the heck I am doing wrong. I came to a comment that the server setting should be both Roon AND HPQ as the server computer is the high perfance pc? But then, I decided to ask.
From the very beginning, starting up the K50, how should I proceed? I now from my rig, HQP must recognize a DAC or a NAA at startup to work properly. I would assume the same here?
But, what should the Server setting side look like if I want full dsp power from HQP?
Then how should the player setting side be configured to correspond to the server setting?
Should I access the HQP configure page from the server setting page or the player setting page? (Or both?)
If you (or anyone else, feeling up to it) could give me a head start with this, I would be very, very grateful :-). I thought I was in control …

Hi there. I don’t have a K50 myself! I have a EX and CX. But I should think that the setup is similar. If you want to use Roon Remote to play music, and HQPlayer upsampling, you would install the Roon server app on the K50 server side - that is your Roon core. You also need to install the HQPlayer server app on the server side, open it up and set the Backend to be Network Audio, and the Network Audio Backend Device to the K50 player (I think this is how it is on the K50, as I’ve never done it on the K50).

In HQPlayer NAA itself, configure the Backend to be ALSA, and then under Device further down, you should be able to select your DAC. If the actual name of the DAC does not appear try the top entry. You might have to power down the DAC, disconnect it from the K50, power down the K50, connect the DAC and then power up the K50.

In Roon Remote (I run mine on a iPad Pro), you add the Roon core running on the K50 server side. You then go to go to Settings/Setup/HQPlayer and click “Add HQPlayer”. You add the IP address of the K50 player.

Hope this helps. Happy to continue troubleshooting if you still have problems.

In HQPlayer NAA itself, configure the Backend to be ALSA, and then under Device further down, you should be able to select your DAC. If the actual name of the DAC does not appear try the top entry. You might have to power down the DAC, disconnect it from the K50, power down the K50, connect the DAC and then power up the K50.

This step is not necessary. HQPlayer Embedded Server on the K50 Server (or CX) will automatically find the HQP NAA on the network; that is why it should show under Network Audio Backend in the Config screen:

The HQP NAA on K50 Player (or EX) requires no setup other than to be designated as the active player:

The process is certainly a lot smoother in AMSv3.1 than when I first did it in AMSv2. Hopefully this is how it will be for @24U